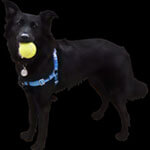 om Versen founded Blue Sky Productions, now T&T Creative, in 1994 and has thoroughly enjoyed the opportunity to work with and produce several notable clients/shows including The Dave Koz Radio Show, The BeBe Winans Radio Show, The Donnie McClurkin Show, airline programming for over a dozen carriers, and Classic Covers with Ray Manzarek of the Doors.  In 1999, Tom Versen ventured to New York and served as founding Director/Production and Creative Services for the groundbreaking launch of Sirius Satellite Radio. He was responsible for the development and production of 100 channels of audio programming. He also provided channel direction and imaging and collaborated with Program Directors to ensure the highest standard of programming. His duties also included managing a staff force of producers, writers, and voice talent professionals, as well as controlling the production and imaging budget.

Tom Versen began his career at Peters Productions as a Production Engineer. In 1986, he took his talents to KGMG/MAGIC 102 in San Diego, CA as Producer/DJ. Between 1990 and 1993, Tom Versen was at the helm of Digital Planet, one of the world’s first multi-channel digital audio offerings. As Production Director, he was responsible for all aspects of show production including imaging and writing. Additionally, he was responsible for day-to-day management and administrative functions. 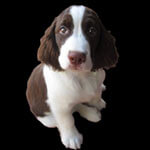 ony Sisti is a consummate professional with over 30 years’ experience in commercial radio programming, engineering, and production. During the course of his career, he has secured four national programming nominations and won the coveted Marconi Award from the National Association of Broadcasters as well as numerous honors and awards from the New York Festivals. He has an extensive background in syndicated radio programming for a wide range of music formats, market research and development and has served as the staff engineer at a variety of digital and analog multi-track recording studios. Tony Sisti has been featured in Billboard magazine, The Gavin Report, Jazz Times magazine and is referenced in several Jazz journals.

Our fully focused audiovisual production service company serving as long-time producers of award-winning nationally syndicated radio programs ranks T&T Creative and its cumulative experience among the best in the industry.

T&T Creative produce exciting and compelling programs that attract audiences throughout the world. For more than 25 years, T&T Creative have been developing audio and video features and programs for syndication. In line with continued demand for high-quality programming, T&T Creative has formed an elite suite of programs and services based on masterful technology and the expansive skill sets of an award-winning production team.

T&T Creative is the premier, capital efficient producer of exclusive high profile celebrity-driven shows, and other specialized for-hire multimedia content. Founded in 1994 as Blue Sky Productions and based in San Diego California, T&T Creative has emerged as the production company of choice for some of the hottest artists in the music industry. What sets T&T apart is the ability to consistently deliver compelling customized content that is memorable, unique, and gets results on an exclusive basis for world-renowned artists, celebrities, and companies seeking a creative edge for their messaging and marketing initiatives.

“Innovation distinguishes between a leader and a follower.”
Steve Jobs